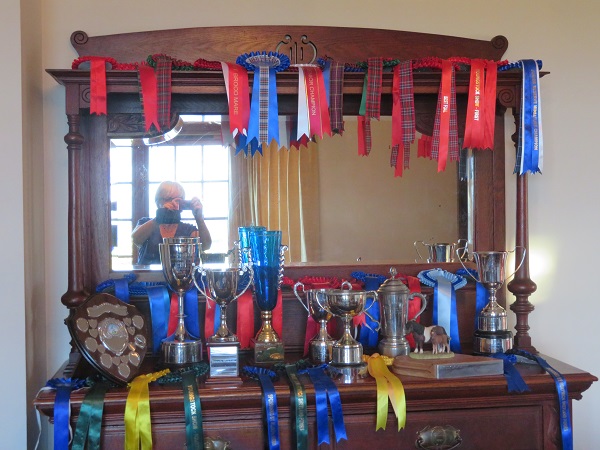 We had a very successful showing year in 2017 although the pony who performed outshone them all was Glenbogie Fairytale. She was supreme champion at the Unst Show which was the first time a miniature had taken that title since 1980.  She won various other trophies including best Brood Mare, Senior champion, best chestnut and best miniature.  Other notable successes in 2017 were Gue Soprano winning cup for Best Foal at the Cunningsburgh Show, Finnister Bethany winning cup for Best Miniature Brood Mare at the Viking show and Gue Robyn winning the trophy for Best Miniature.