Gue Stud had a great day at the 2015 Viking Show.  Anderlea Clearstar won best Yeld Mare in a very strong class of 16 ponies and she went on to win reserve senior champion in the Miniature Ring.  We received a beautiful glass trophy for best miniature yeld mare which had been donated by the Bergli Stud.

Tawn Tilia and Robin's Brae Quartz reversed their places won at the Cunningsburgh Show earlier in the week with Tilia taking second place this time.  Quartz went on to win a well deserved Supreme Champion.

Gue Jules was second in a strong class of mare with foal at foot, Gue Quintessence was fourth in the miniature foal class and Gue Paloma was sixth in the 1 year old filly class.

We got third in the progeny with Quintessence and Opal.

A wonderful day and thanks must go to everyone who helped out both before and at the show. 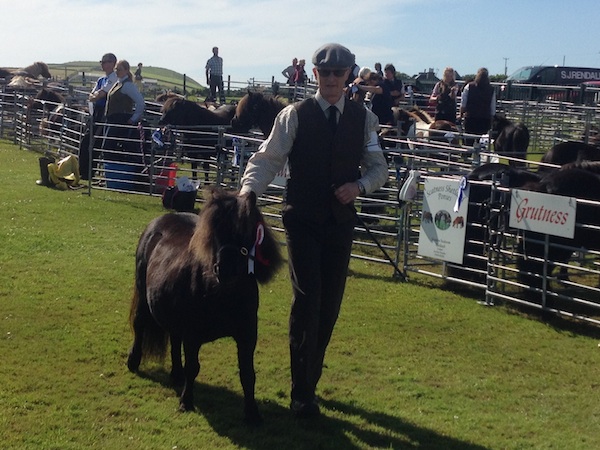